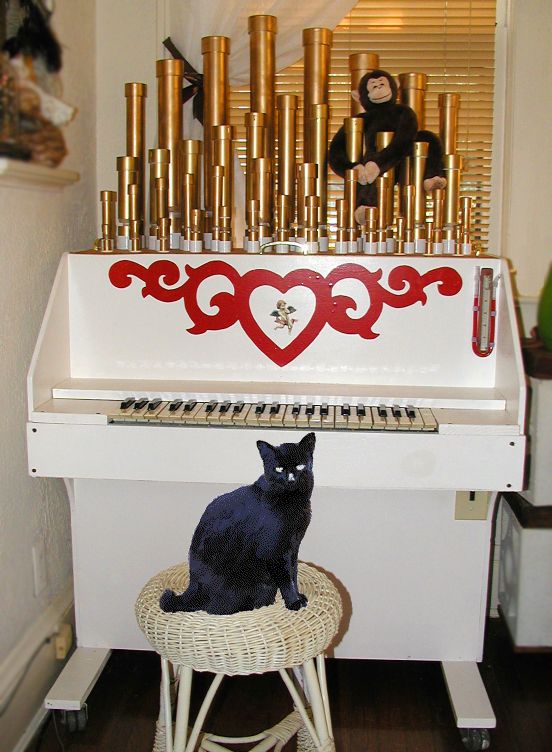 I just finished building a 44 note calliope. The pipes were made from PVC. The calliope is powered by a squirrel cage blower outputting about 250 CFM at 2" WG pressure (less than 0.1 psi). The most expensive parts of the calliope were the valves - I ended up using pipe organ direct action valves.  The instrument is playable via either the keyboard (obtained on Ebay from an old Hammond organ), or by MIDI control, using a laptop computer. Total cost (including MIDI interface and decoder electronics to actuate the valves) was around $600-700. 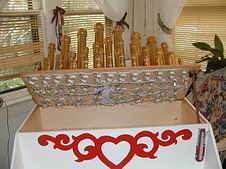 At left is a picture of the open windchest showing the valves under each pipe.

At right is a close-up of one of the valves. 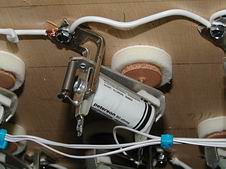 Here is a picture of a typical pipe, as well as a close-up of the mouth area: 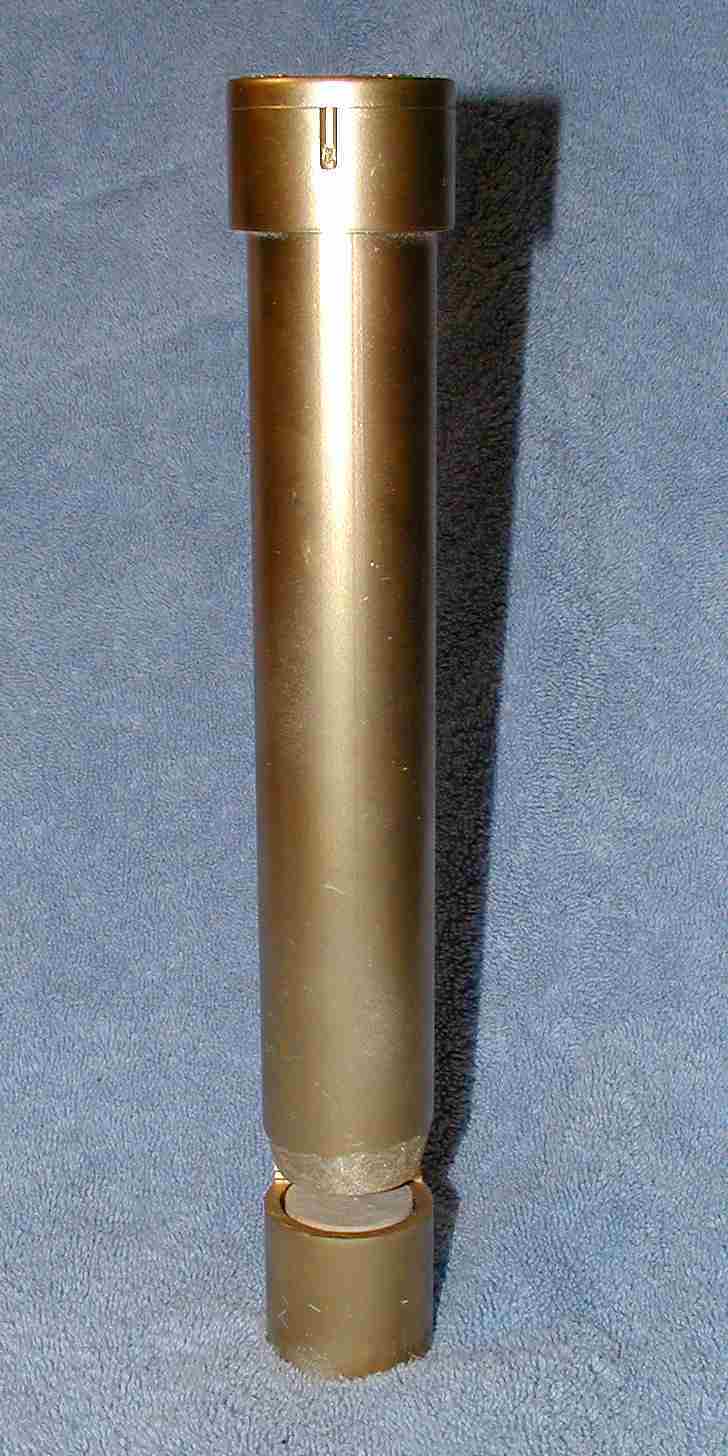 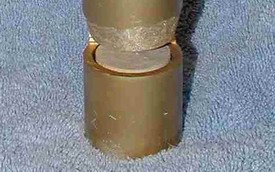 I had always wanted a calliope, but had never been able to afford one, and didn't realize it was feasible to build one until I read the great article by Dave Kerr. I basically followed his lead, with some modifications. I also want to thank Dave Lynn, who is also building a calliope, for his suggestions, especially regarding pipe design.


Here are a few mp3's of recordings of the calliope playing.

Update (April, 2003): I just finished a little monkey automaton that keeps time to the music. I used the innards of an old "dancing beer can" from the eighties as the sensing and activating mechanism. Works pretty good. Click below to see a short video clip of him in action.